Today I wanted to write about creativity, and heart break, and Yelp. But that may be an overly ambitious endeavor. Because of creativity.

I don’t know how you work, but for me I carry a finite amount of expendable creativity around with me every day. I must use it, because, like cell phone minutes, it doesn’t roll over. But also like cell phone minutes, it runs out if taxed too much. So I have my creative outlet rotations: writing, painting, cooking, knitting, needlepoint. Every once in a while something else will enter the mix. Making a dress, say. Or spray painting some lamps from a garage sale.

Lately, a fair amount of creativity has been allocated to this blog. Which is highly satisfying. I’m also experiencing a small maelstrom of making knit hats. To what end, who knows? Do we even need hats in SF, not really! It’s 71 degrees today. 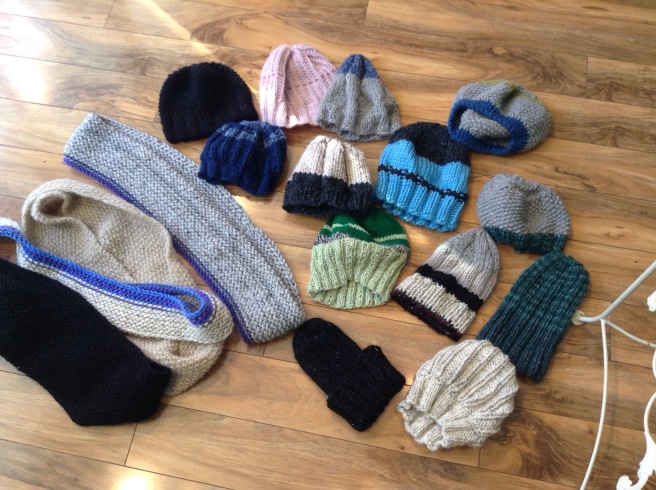 Every once in a while I mix it up and knit a cowl. Can you guess what everybody is getting for Christmas?

Cooking is a recent add to my creative outlet list. It doesn’t come naturally to me. I grew up in a big family where food was all about function not skill. My mom is an amazing cook now, but back then, frazzled with her four pests running around and getting into the knives, cooking a chicken meant literally cooking a chicken. Chicken + oven = dinner. My dad frequently made dinner too, but he was all about the beans n franks or the spaghetti and meat sauce. Sometimes BBQ. So it wasn’t until my late twenties that I realized the kitchen was more than a storage area for cereal and milk.

My honey entering my life is what triggered this urge to cook. Which is ironic, because if you know us you know food is just about the only thing we fight about. I must have my meals or I go bananas, and he’s always “Oh I’m not hungry, I think I’ll just skip dinner.” Then I pull all my hair out and yell at the moon. I mentioned before what happened when this fight was compounded with Clomid like hormones. It was very ugly.

So despite not being a natural chef, I insist on cooking because otherwise I might never get fed. And then I would starve. Out of necessity I am the MASTER of the slowcooker. I recommend Slow Cooker: the Best Cookbook Ever which totally lives up to it’s claim. I can brag that thanks to this book I kill it making soups. Salads too, but I don’t think that’s “cooking” per se, and my chopping skillz come from back in the day.

Recently, though, I learned how to roast a chicken. 425 degrees, add seasoning and olive oil. Cook for 45 minutes or so. This may seem obvious to some people, but I’ve shied away from cooking chicken for YEARS. Because I was convinced I would kill someone. Probably myself because my husband had a big lunch and took a pass on dinner. So not only would I die, but I would die angry.

But then, creative cooking epiphany #2 occurred just the other night. It rocked my world.

In painting, you never want to use the paint straight from the tube. I spend a lot my time mixing color. To bring harmony to a painting, often I’ll introduce the same color throughout. I work with a lot of complimentary colors, so even though the image is primarily blue there is actually orange pigment mixed in with the blue. It complicates the color, adds more qualities to it. It’s a bit hard to explain, but if you look at many pictures, Edward Hopper for example, you’ll notice the complimentary color palette. Even the neutral tones tend to be part of the spectrum. It’s fascinating and subtle and it makes paintings very magical. The amount of effort I spend specifically on paint color relationships? Well that’s the entire painting process. 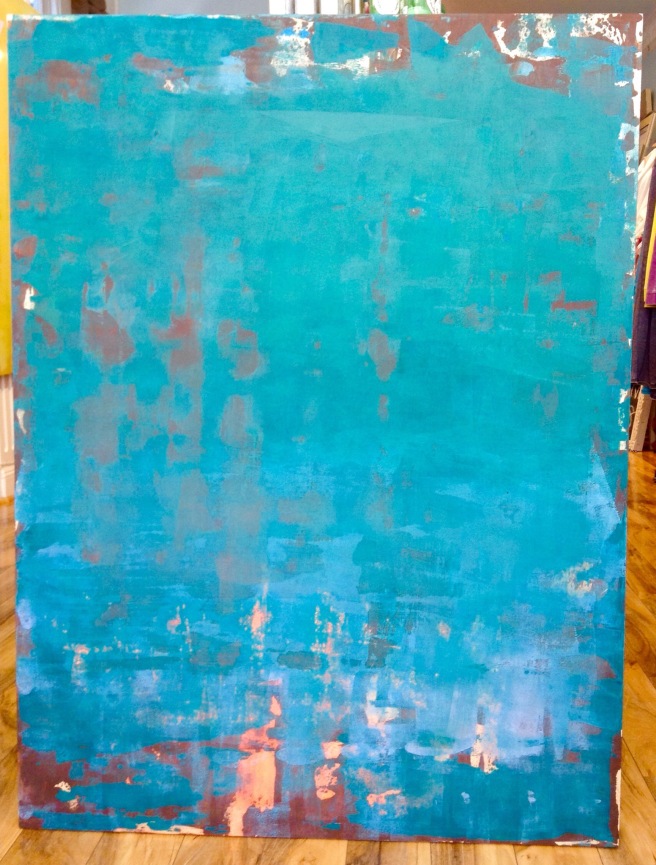 This painting was inspired by the movie Drive, which you may notice is entirely blue and orange. It’s a beautiful (and brutal) film. I’m not particularly proud of this painting, it’s just illustrates well my point about complimentary colors. Orange is mixed into all the colors throughout the painting. Even the orange 👻

But back to my cooking epiphany, I realized to create harmony in a meal, you bring the same element throughout the entire dish! So I roasted chicken, but first marinated it overnight. In the marinade was Worcestshire sauce, lemon olive oil, Rosemary, salt, white wine. I was also planning to roast fennel and cauliflower. So I tossed them in Rosemary, lemon olive oil and salt. To bring harmony to the food in the same way that I would a painting!

“Duh” everybody is probably saying. But listen, my world has changed. The very foundation shifted. I feel so proud of myself for this discovery! And dinner was pretty good if I do say so myself. My honey had seconds!!

So what else do I need to know about cooking, huh? Tell me your tip/trick. I can promise it will seem like NASA level brilliance to me.