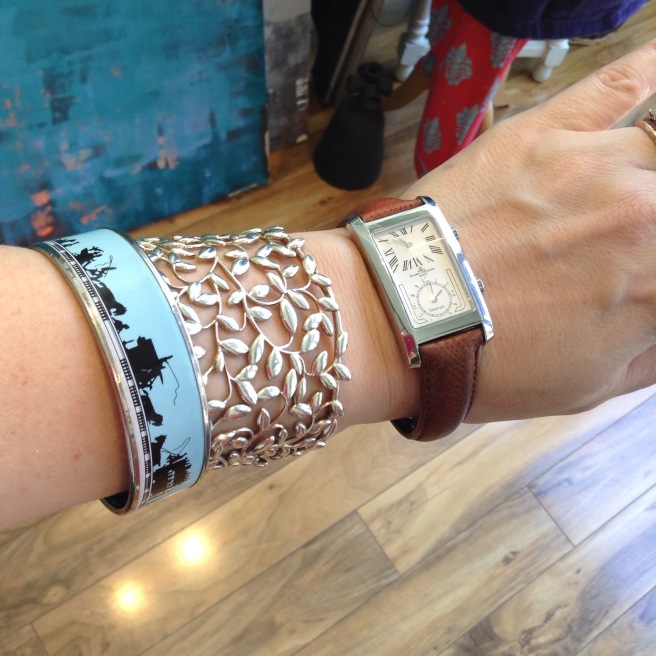 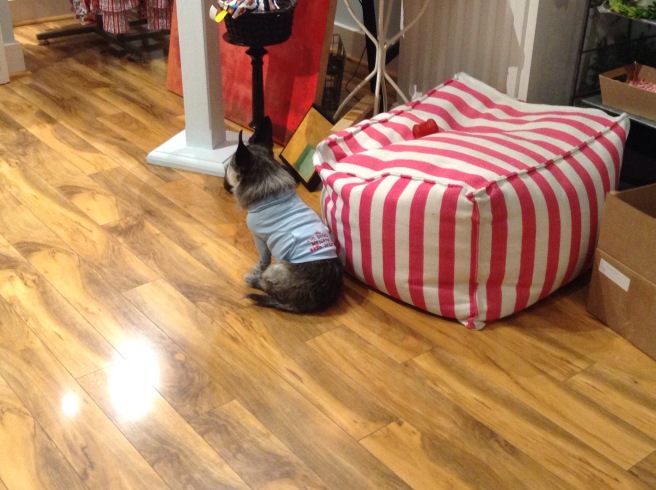 Yesterday I promised you guys some heartbreak. Here it is, in the picture below my wrist shot (so sexy!) and above this paragraph (also so sexy!).

That’s Bandit at around 5:45 pm on our first day of work since the time change. He’s sitting there, alert, looking out the shop door, waiting. Waiting for who? For my dad.

It’s dark, obviously closing time, all signs indicating to Bandit that one of his favorite people should be arriving any moment to pick us up and give us a ride home 💔 Bandit hasn’t done this for months now. But this time change, it triggered a reminder of the habit in him I think. It was so ingrained in us. One of the recurring thoughts I had after my dad died was “but how will we get home now?” Late afternoon continues to be a hard time of day for me.

Dogs are amazing, aren’t they? Poor Bandit (and Leroy too, but he’s a bit of a dum dum), I wonder what he’s thinking? How they experience sorrow? Two of my dog owning acquaintances died recently. Dick, the owner of my local hardware store and Diana, a customer of mine. I really felt for their families, of course. I can relate to them and what they are going thru.

But my heart just broke completely thinking of their dogs, Lola and Hudson respectively. These were both people, like myself, who spent 24/7 with their dogs. Lola is this blind chihuahua and she followed Dick up and down the hardware aisles. They were a cute pair, Dick this lumbering old man and Lola this ‘perfect fit for Paris Hilton’s purse’ tiny dog.

Diana’s dog Hudson has the most soulful eyes. He’s a small black Maltese. Diana went thru many months of chemo and surgeries, and you could read the concern on Hudson’s face. He knew something was going on. So when he walked into the shop the other day, I hugged him and I told him that I am sorry for his loss. It felt like the right thing to do.

Those dogs, their littles lives, the centers of their universes are gone. How do they deal? I know they miss their person, but do they sense the total absence? Or are they like Bandit, hopeful that if the stars align just right and they wait patiently enough, that person will return?

Today’s bangles are: Les Ponts de Paris by Hermès, trellis silver cuff from Tiffany’s and my dad’s two face watch by Baum & Mercier. Below is the engraving I added to the back of it. 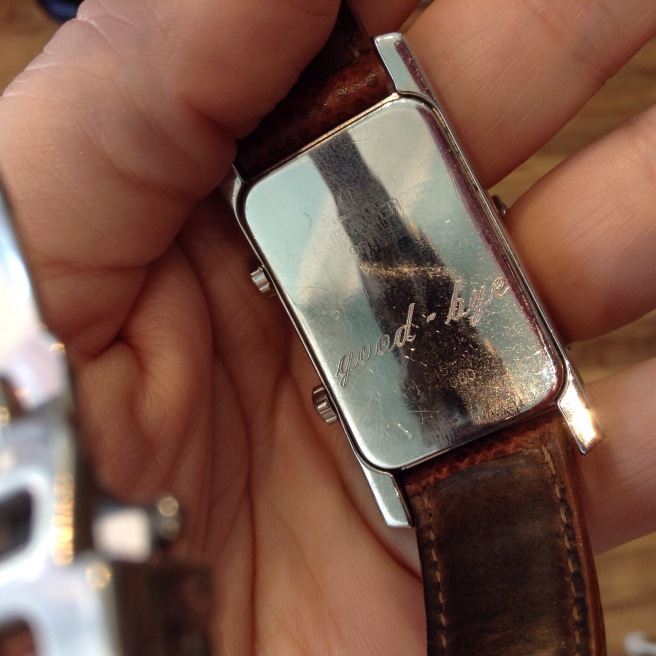